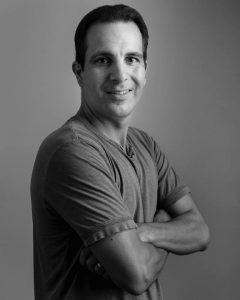 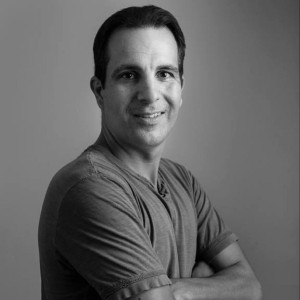 I’ve never been good at accepting compliments. Now don’t get me wrong. I want the compliments- sometimes way too often. I have craved the compliments but I was never good at accepting them. WIth that,  I was called out publicly a few years ago on a mastermind call that I was on with John Lee Dumas from Entrepreneurs on Fire. I don’t remember who it was, I think it was Roger Whitney, the host of the Retirement Answerman Podcast who gave me the compliment. Roger is my friend yet the compliment took me by surprise. Others in the group agreed with him and I responded with a very muted, okay, thanks, or the whole ‘it’s no big deal’ type of thing. And John called me out on it, which I so appreciated as painful as it was in the moment. And this is why I love masterminds. And why I love accountability. I don’t respond well when people complain about judgment or they say ‘who are you to question me on what I did’? You can have a great life- go do your thing-  but we’re not going to relate. I like challenges,. Especially when they come from people care about me. And if you can’t take constructive criticism from somebody who cares about you, you’re always going to be limited in your growth. So some people can call it criticism, but it was one of the best pieces of advice.  John basically said to me, don’t do that. You need to be able to handle compliments better than you do. And he explained that we are diminishing the other person’s gratefulness by doing that. And I’ve never really thought of it that way. Actually, I know I’ve never thought of it that way. I always thought that I was being humble. I didn’t want to brag. I didn’t want to pound my chest and say, yeah, I did do that. Nobody loves somebody that does that. But there’s a big difference between being quiet, defensive, and evasive than there is from the bragger. It’s actually two ends of the spectrum and neither of them are good. So I’ve met John many times. I’ve seen him at conferences. He gets swarmed by people, often people that want to tell them how much he’s helped them with this podcast. And he mentioned to me how he handles compliments. He handles it with a lot of gratitude and appreciation and he makes sure that there’s the big smile that goes with it. As well as a giant, thank you. And the appreciation for this person to go out of their way to give him a compliment. You have to understand the true thankfulness does not give off an appearance of vanity or excessive pride. What you are doing is you are appreciating that person’s compliments and giving them recognition. Now I’m going to guess that if you’re listening, you probably don’t go overly crazy on self praise. It’s just a guess. I’m also going to guess that you might go way on the other end and you might deflect or even feel uncomfortable but what’s even worse is if you reject it. But when you reject the compliment, you are not only  downplaying yourself, but you’re downplaying them as well. And without meaning it you’re downplaying their intelligence because if they truly believe in what you did and they’ve truly given you a great compliment, and you tell them that it wasn’t any good or it really wasn’t worth it, Basically what you’re telling them is that their opinion is an accurate. It’s an insult to the person giving you the compliment. So when you reject or deflect a compliment, what you’re really doing is you’re projecting the idea that you have low self esteem. I’m sure you’ve had it where you’ve given a compliment and it’s been blown off. It’s happened to me. And I don’t know about you, but I feel that way. I feel like I gave a compliment, I believed in them and they didn’t believe in themselves. And it made me feel like maybe I was wrong in thinking that way. Somebody else we might want to avoid when you’re in that spot is to get into a compliment comparison. Have you ever done it? When somebody gives you a compliment and you have to give them a compliment right back. Someone says, ‘Your hair looks great! And you immediately respond with ‘Oh, your hair looks great too!’. And they’re like, I’m wearing a hat. And you might think, why couldn’t I just accept their compliment? Instead, I needed to give it right back. And now it seems phony because what will happen is you’ll come across insincere. So to begin with you’re deflecting, you’re getting it away from yourself, which goes back to what we talked about earlier. But you have to think about this- were you really going to compliment that person on what you did compliment them on? Would you have just walked up to that person and said, ‘Your hair looks great today’ when they’re wearing a hat? No, of course you wouldn’t. It’s got to be sincere. It’s got to be meaningful. And it’s got. to be honest. So stop doing that.

The Price of Perfection

The price of perfectionism. According to author Valerie Young, perfectionists who hit 99% of their goals still feel like a failure. These are the people who are the ones who need to know every piece of information before they can start. I am sure that there are people that are cringing as they’re reading this. Even in our mastermind calls, there are people that will say- no- I need to get this thing done perfectly before I can move on to that next thing. They are the ones that who say things like ‘I’m not an expert enough to teach people what I know’ and that I need to learn more. You need to study more before you can even start to put anything out there. Does that sound familiar? That in essence is perfectionism. These are the ones that are always looking for new certifications or a new skills to learn before they can go forward. The perfectionist just need that next certificate, that next course or or if they can get this next part just right then I can get started. So in the episode of The Total Life Freedom Podcast, I talked about my book and self-sabotage. Today I’m going to give you a lesson that I learned that forced me to actually finish and publish my book and get over my own perfectionism. So when I first had the idea of writing a book, I went to different book clubs to learn. I wanted to meet with other authors, to see what they’re doing and soak it all in. I was hoping to learn from them, get inspiration for them and maybe possibly help. But I really wasn’t sure who or how I could

How To Reinvent Yourself

And Then Covid Happened… That is a book title if you’d like to run with it. And I’m not talking about anything to do with health. But I am talking about how so many businesses and careers were tossed around and flipped on their side like a swath of boats strewn along the land after

The Rich Don’t Work For Money

Andrew is walking towards me. He has a tarantula in one hand and a plastic red Solo cup filled with money in the other.  In that moment, it was obvious that he was on to something. Andrew is our oldest son- a sixteen-year-old who who was fifteen at the time. He has always had an

The World Of Micro Niches

The Power Of Being Small

Good things come in small packages. For those of us who vertically challenged in elementary school, we were destined to hear that phrase a number of times growing up. When it comes to business, small is underrated. It’s under appreciated and it’s especially undervalued.  When it comes to entrepreneurship- especially lifestyle businesses- small is often

It’s All About Your Real Fans

The following is an excerpt from my upcoming book ‘The Wealth of Connection’ which will be published on May 2nd, 2022.    All customers are not created equal.   Kevin Kelley pointed this out brilliantly in his 2008 article titled “1000 True Fans”. Kelleys article, which has been updated consistently since it was first published,

The Simplest Way To Become Financially Prepared For Entrepreneurship

I wrote about this in my book Freelance to Freedom. So many people get mixed up and confused when it comes to money, entrepreneurship and their career aspirations. We set off on one path and then, without realizing it, make a slight turn and find ourselves in a neighborhood that we didn’t intend to go

How Can I Replace My Income?

Let me guess what you are thinking. You want to start a business to build that life of freedom but there is no way that you can replace your income to make it a reality. Trust me, I hear it all of this time.  David attended one of our Total Life Freedom live events, and

The Reality- Business Is Hard

It would be looking through rose colored glasses to say that this whole ‘running a business’ thing will be all, well, rosey.  It’s not.  Being an entrepreneur, running a business, being self employed- is hard. But as I heard my friend John Lee Dumas say, we get to choose our hard.  I never appreciate the